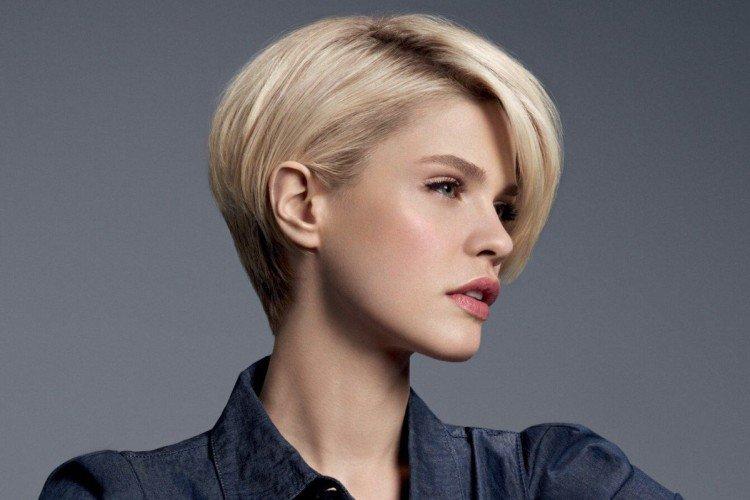 It happens that you want to change the image, but you can’t decide on a specific choice. It is for this case that we have prepared for you a catalog of women’s haircuts for different hair lengths with photos and names. Look, choose and be inspired!

Short haircuts have been in trend for several seasons, and will remain with us in the near future. They are especially good for the summer, which is just around the corner.

Undoubtedly, the most popular haircut of recent seasons. Depending on the styling, the pixie looks very elegant or just as bold and defiant.

The maximum length of a shortened caret is up to the chin, and it can be even shorter. This is a wonderful choice if you have straight, but quite voluminous and thick hair.

If you need to add volume to short hair, there is no better option than a bean. The whole secret is in the filigree construction of lines and cut, thanks to which the roundness of the shape is achieved.

Military style haircuts are extremely short and equally extremely simple haircuts for a typewriter. For a long time they were worn exclusively by men, but now they are one of the latest trends in fashion.

Another haircut “under the boy”, but this time much more feminine and sophisticated. It does not require styling at all and is combined with any look: from a tracksuit to an evening dress.

It is also called a haircut under the pot, and it flawlessly emphasizes the cheekbones and facial features in general. But, we must admit that it really is not suitable for everyone.

This is what the shaved parts in short haircuts are called. Usually it is whiskey or the back of the head, but bold experiments are now in vogue. Curly cuts in the form of lines, stars or patterns look very impressive.

One of the classic and very sophisticated women’s haircuts for lovers of the classics. Once the fashion for it was set by Mireille Mathieu, and now the original rounded shape is relevant again. Especially with long bangs to the eyes.

The average length opens up unlimited space for experimentation. All kinds of modifications of both short and long hairstyles are available to you for every taste.

The traditional caret approximately to the shoulders is suitable for all women without exception. You just need to decide: with or without bangs, with a straight cut or with a torn edge.

This haircut combines the best features of both. There is volume, a beautiful graphic cut, and elongated strands near the face. The bob looks very elegant and grows beautifully, unlike many short haircuts.

Another very versatile option, but, unlike a square, is lighter and more daring. A cascade with a frayed edge adds volume to straight hair and helps organize curls.

The ladder differs from the cascade in the specifics of the cut, and it is less chaotic and disorderly. Most often, these are shortened strands near the face, which become longer closer to the back of the head. Very comfortable hairstyle for curls or voluminous straight styling.

Creative disorder – that’s how you can characterize rhapsody. At the face, it resembles a ladder, but then all the strands are cut so that they are distinctly different lengths. Even in the morning, waking up, Rhapsody looks fresh and neat.

Lovers of sophisticated and feminine looks should definitely pay attention to this haircut. And it is also ideal for an elongated face, because it hides the forehead and visually adds volume.

A sloppy and tousled haircut actually requires great professionalism of the master. The whole secret here is in the layering and uneven ends, due to which the appearance of volume is created.

Another haircut that went out of trend for a long time, but is now rapidly returning. Aurora attracts extravagant fashionistas because she always turns out to be bold, unique and inimitable.

Women’s haircuts that do not require styling: types, names and photos 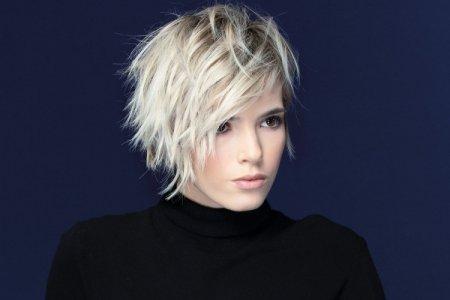 A long mop is a real decoration in itself. But we will tell you how to make it even more spectacular and beautiful!

The fox tail is increasingly replacing the straight cut among the basic and universal solutions. The bottom line is that at the back it resembles the letter “V”. Moreover, this is a great option for both straight and wavy hair.

Cascade is suitable for everyone and for all occasions. It can be almost invisible or deliberately rude, but it always looks good and spectacular. Thanks to this, such a simple haircut has long been considered a classic.

On long hair, the difference between the ladder and the cascade is especially clearly visible. The shortened strands near the face gradually become longer and longer.

If the hair is thick enough, ragged haircuts look just amazing. The difference in the length of the strands can be very impressive – that’s the feature.

Another layered haircut with sharp level transitions, which seems to be made for styling experiments. No wonder long-haired Hollywood fashionistas love her so much!

It is impossible to talk about long hairstyles and get around the basic straight cut. Especially now, when the deliberate geometricity is back in fashion.

Yes, most often bob-car is done on short and medium hair. But the fashion for asymmetry and layering has brought its changes. The elongated side strands along the face look very impressive.

Such a hat is fundamentally different from a short one. The bottom line is that the top layer of hair is cut off quite shortly, but then the length remains. Thus, you can create volume at the crown or at the temples.

News 0
With a neat and beautiful styling, only the heroines of TV shows and movies

News 0
With the onset of warm days, you want change and diversity. Familiar feeling? Then, especially for

News 0
Variety of braid hairstyles To begin with, it is worth mastering the basic classic 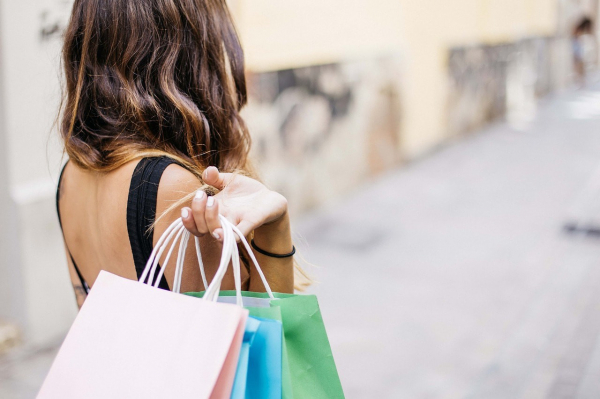 Knowing the full detail about the working process of the parcel tracking system﻿
The system of tracking works as a locator of that particular order. Tracking systems
Beauty 0
How To Get The Perfect Home Hair Color
If you can’t visit your favourite salon right now, but want to make your
Beauty 0

Best ways to find Fashion for your Kids on a Budget
If you have any kids, or maybe a niece or nephew, you want them
Beauty 0
A Step-by-Step Guide in Starting a Crystal Shop in Australia
A trending new means of doing online business is starting a crystal shop. Getting
Beauty 0
Women within the Chinese Clay Horse Sculptures from the Tang Empire
Upon dying, many Chinese horsemen were hidden with clay horse sculptures. The graves from
Beauty 0

﻿Find Out the Benefits of Buying Baby Clothes Online
These days, everybody is having a bustling existence and because of this, it turns
Beauty 0

How to get better at fashion photography?
Photography is in high demand in the fashion industry. Fashion photography has become a
Beauty 0
Pages
This website uses cookies to improve user experience. By continuing to use the site, you consent to the use of cookies.
Adblock
detector